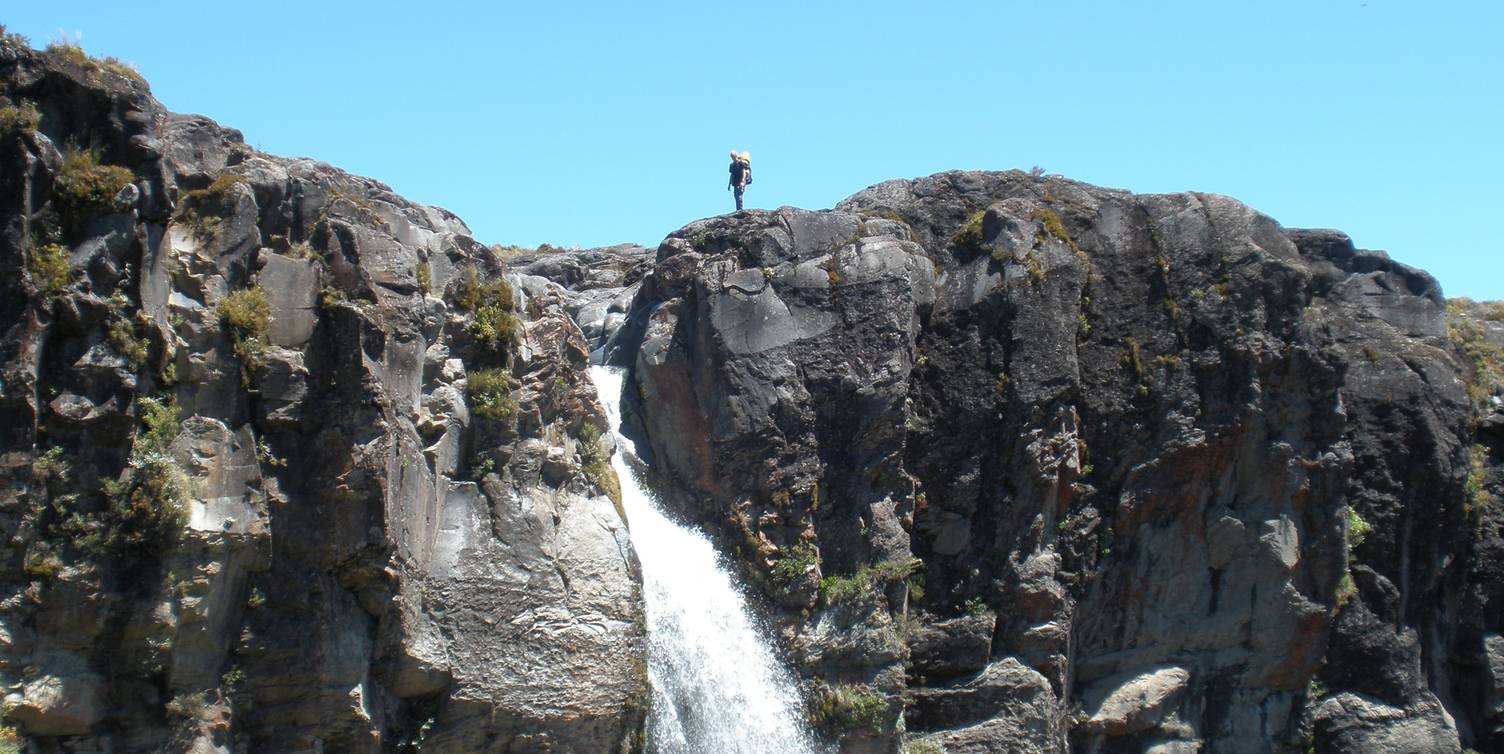 It was late January in New Zealand and Bob had been nearly everywhere - to the Maori hangi in Rotorua, a bungy jump in Taupo, a glacier tramp on the South Island, and now this hike to the top of a waterfall near Hobbiton. Funny thing is, he did not really know how he arrived here.

High above a rolling green valley, Bob had hiked up and along, through and amongst, and then found himself facing a bit of a pickle - no railings, just slippery rock and a big water-assisted fall.

On the hike he'd been thinking, as you do, with each boot lift up the hillside, avoiding roots, and feeling the dank cool forest with sound waves of bird business. Thinking not about much - mainly imagining what it must be like being Dutch, as was his roommate at the backpackers last night who had recommended Bob hike this mountain trail.

Bob was in between jobs, a Silicon Valley beneficiary, so to speak. He was young enough to take chances, like sell his car and buy Facebook shares. And they paid off more than he could've ever imagined. He was actually in shock at the news, but got up the next morning, bought a latte as usual, and as the bus sped by, and the cars honked on cue, and the sun shone again against his eyes, he had an "is this all there is?" moment.

Next minute - he was off. To Versailles, Egypt, Tibet, then New Zealand. Funny thing is, for the first time in his life he had no project. Bob was not researching a start-up, making a docudrama, spreading a friend?s ashes, visiting relatives even. He didn't begin this three-month adventure based on a Kickstart campaign.

Bob owed no one.

Some people back home might like to hear his travel tales, but no more than they'd like to sit at an intersection waiting for the light to change so they could get to their next destination. Bob knew that. Bob watched the fast and furious water stream down the mountain and realized this was just for him. Another moment.

It was a long moment; Bob saw into infinity, acknowledging the constant motion of things, the never ending, the continual "with you or without you" pace of life.

He paused like a rock stuck in a stream. Bob felt the wind sharply push the top of his pack. He knew he would not fall. He felt immortal.

Then it became clear - he had a choice, just as he'd always known. He had a destiny. He was safe.

Bob decided he was going to build bridges.

Enjoyed this?
Share this story with your friends, family and others by ordering a Stor-E-Card, posted by mail to any address.