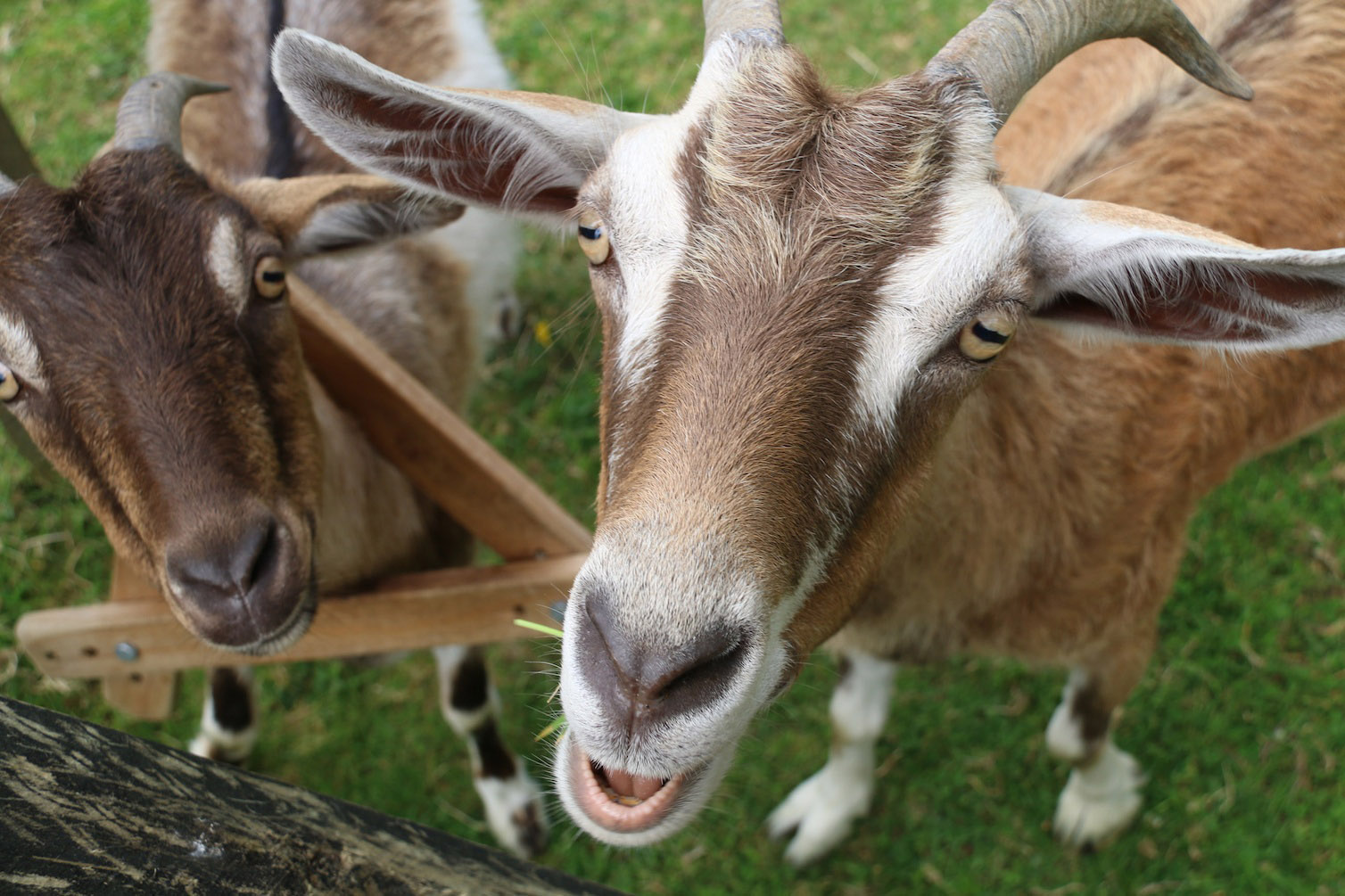 Into the Fold they go. The lame lambs, the hurt hens, the infected ewes. A bleeding duck or vomiting cat. On the farm they'll all go to the Fold.

The Fold is a safe place to recoup. There are fresh golden hay bales to lay upon and rest. Healing hangs peacefully in the air. No duties, no hurry, just a quiet place to stay. To get better. A sanctuary for sick animals.

Smitty was an angry goat. He had a hard head, his horns were forming and he knew to keep a distance from anything that might fight back. But he was extremely frustrated about that which he could not change - the rainy weather, the distance to a favorite berry patch, the long spells between being petted by the children.

Smitty decided he'd go to the Fold and take a deep breath.

There he met Wilhemina the bloated pig, who loved very much to eat but just couldn't. There was no more room to put the stuff. Some tummy bug had overtaken and she had to be on standby for it to pass. Only then, she said, tears in her eyes, could she get back to the regular programming: bucketfulls of slop from a household of human food processors. She lay in discomfort, both physical and mental.

Alf the parrot was in a bad way, with nothing but doom and gloom spilling from his beak. "Gaw! You look awful! Oh! The toast is burnt again! Huh! No paycheck for you today, sunshine!"

He just couldn't help himself. It may've been that no one had been listening to Alf for a while, and that made his chirps and squawks seem tame. His mood spiraled downwards and so too did his communications.

Then there was Pluto the pug. He'd had diarrhea and vomiting for days. It may've been from an indulgence of old bones. Pluto had found a pile of greasy ossifications left on the back porch, and they were warm. He did not know this was from the baking sun, which allowed bacteria to grow on the meat. Pluto thought they were fresh from the oven, so he partook. Next day: expunged.

Soon Smitty was offering his two cents on all matters of concern animals in the Fold complained of. Smitty said to Wilhemena she was lucky to have so much in reserve to keep her from wasting away without porking out. He listened to Alf and restated some of the many pleasant points the bird made recalling the perch and plush surroundings where he lived: Lace curtains, ladies brushing hair, the giggles of company. And for Pluto, well, he seemed to be looking better every moment. He'd be right as rain in no time, smiled the goat.

It was a good gathering, with plenty of rest as well as chatting. The fresh scent of hay, green and new, was a comfort. Cool water and sunny patches under graceful branches. No growling.

Soon Smitty had a herd of new friends, including little Chippy-goat, who wore a wooden collar to keep him from hooking horns in the fence. They chewed together, and exchanged their whereabouts as they left the Fold, knowing they'd catch up with each other again.

Instead of being angry that he could not control things, Smitty became relieved that he was not severely unwell, nor was he suffering the worst illness of all - being lonely.

Enjoyed this?
Share this story with your friends, family and others by ordering a Stor-E-Card, posted by mail to any address.